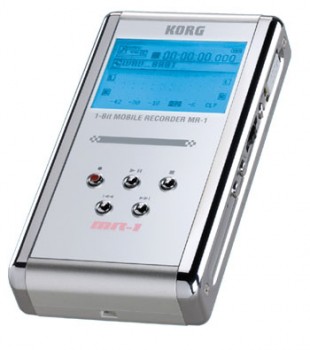 Herbie Hancock was recently introduced to the high quality sound capture capability of the MR-1000. During his latest tour in Japan, FOH engineer Bill Winn recorded each show and was so impressed with the MR-1000’s sound quality he suggested that Herbie consider releasing them as a live recording. And after hearing the results himself, Herbie commented, “The spatial sound spectrum is very apparent – almost like hearing 3D.” He concludes, “They sound fantastic, stunning. They take your breath away.”

For more info on Herbie Hancock, visit his official site at www.herbiehancock.com.

The MR-1 and MR-1000 found their way to the remote regions of China, in a fascinating synthesis of folk music field recording and popular entertainment, as Russ Landau relied on them to help record traditional Chinese instrumentals and chorus parts for a new variation of the theme song for the wildly popular TV show Survivor. He shares his reaction to the experience, saying, “The stealthy beauty of both of Korg’s new 1-bit MR Series recorders allowed me to get up close and personal to my subjects without distracting them from the music at hand. The 2.8 and 5.6 MHz recordings have a resolution I’ve never before heard in a digital format. The veil has lifted!”

The MR-1 and MR-1000 are the world’s first 1-bit professional mobile recorder devices that are an ideal, affordable solution for source recording and archiving final mixes and master recordings that deliver superb sound.

Visit www.russlandau.com to learn more about Russ Landau and hear some of his work.

Michael Bishop has been responsible for the sound on some of the world’s best classical, jazz and blues recordings on Telarc, a label known for amazing sound quality and clarity. Bishop was immediately drawn to the MR-1000. He shares his initial reaction: “I came from DSD systems that took eight engineers to run. Now I have one that’s running on eight AA batteries! And it’s so easy – within 30 seconds, I had it up and running.”

Michael first used the MR-1000 for a Cincinnati Symphony Orchestra session. He explains, “I put some mics in front of the orchestra while I was recording because I wanted to see what the MR-1000’s mic pre-amp was going to do by itself. I also brought the MR-1000 into the control room. When I played the recording back in the control room of just a two microphone set-up that went straight into the MR-1000 at 5.61 MHz, Bob Woods, the session’s producer, said, ‘Boy I could put that out today and not make apologies for it.’ It was that good with such a simple setup.”

Peter Wolf has served as composer, producer, arranger and/or keyboardist on several multi-platinum recordings and blockbuster movies. He routinely uses the MR-1000 for piano tracking and composing, but his most recent MR-1000 project was of special note to him – his wife Gilia’s new Christmas album. “I heard it and was really blown away,” says Wolf. “We mixed the album in its entirety to the MR-1000—it really sounds fantastic! We usually mix to 1/2-inch analog tape because the bottom end is so much better, but we compared it to the MR-1000 version and felt that we didn’t have to do that anymore. The sound was huge already!”