Roland Corporation is proud to announce the new ARX-03 SuperNATURAL™ Brass Expansion Board for the Fantom-G Series. This new Expansion Board joins the ARX-01 Drums and ARX-02 Electric Piano expansion boards. Each ARX board is a dedicated application with its own processor, graphics, and DSP, powered by Roland’s proprietary SuperNATURAL™ sound technology for organic, emotional expression. 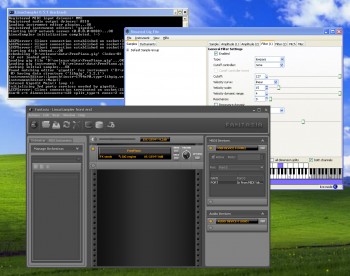 The ARX-03 Brass Expansion Board puts a world of authentic and distinctive brass instruments at a producer’s fingertips, including trumpets, flugelhorns, trombones, and saxophones. Whether composing for a solo instrument or a brass sextet, the ARX-03 enables the musician to customize every sound and nuance of the performance with the power of a custom graphic-editing interface and dedicated engine.

Optimized effects and custom graphic interfaces are exclusive to each ARX board. ARX allows musicians to create ultra-realistic instruments with the highest-quality sounds and organic, natural control. In addition to compatibility with the Fantom-G Series, ARX expansion boards can also be added to the Roland Fantom VS synthesizer featured in the Cakewalk SONAR V-Studio 700.