“We are extremely proud of the new generation of Celviano digital pianos, which offer exceptional sound quality and unmatched features for both beginners and experienced professionals." said Stephen Schmidt, Vice President of Casio’s Electronic Musical Instruments Division. "With the development of our new AiR technology and the additions to the Celviano line, Casio demonstrates the great progress it has made in the music industry.” 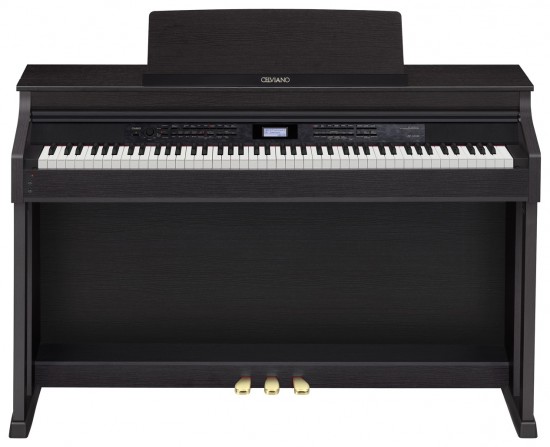 Containing over three times the waveform memory of the last generation, Casio’s new AiR technology, redefines the Celviano digital piano experience with richer and more genuine sounds. The AiR sound source enables the new Celviano models to deliver first-class realism and detail by providing damper resonance, which enhances the sounds of the dampers lifting off the strings when pushing on the sustain petal. Casio’s AiR technology also compensates for the speed at which hammers strike strings at different velocities and key ranges, imperative for those who crave the authentic sounds and feel of a traditional grand piano.

All three new models are housed in an elegant cabinet and come with a piano bench, music stand and pedals. Featuring an 88-note Tri-sensor Scaled Hammer Action Keyboard with simulated ebony and ivory textured keys, these models provide a natural sensatory feel for the musician while delivering the sounds and benefits of a digital piano. Both the AP-450 and AP-650 have the ability to record a 44.1kHz.wav file directly to a USB thumb drive allowing users to easily capture rehearsals and performances.