"A host of leading-edge capabilities, coupled with a competitive price point, are sure to make the E3 Series a very popular system in the line," says Jim Levesque, Disklavier marketing manager. "The E3 offers the ideal solution for budget-minded customers seeking the performance quality of the Disklavier."

Until now, many older model Diskavier owners have struggled with a dilemma: forgo the latest technology or purchase an entirely new model, despite the fact that their top-quality Yamaha acoustic piano remains in top condition. The DKC-850 now offers the best of both worlds: owners can retain their treasured instruments and enjoy many of the more recent industry-leading features of the Disklavier E3 Series…

Yamaha today announced that the most affordable addition to the company's popular line of Disklavier performance reproducing pianos, the DGB1KE3 Classic, is now shipping. This instrument is available exclusively in the North American market.

Making this entry-level model even more affordable, the new instrument, which expands options for potential Disklavier owners, features the newly developed "Damper Drive System" designed specifically for the DGB1KE3 Classic. This gives the instrument the same range of damper effects as a standard Disklavier by detecting and recording its damper motion continuously and directly lifting the dampers…

Twenty years ago, when Yamaha Corporation of America first introduced the 48" Yamaha Disklavier upright piano in the United States, the announcement of the groundbreaking instrument was made in conjunction with a PianoSoft music library of eleven 3.5" magnetic floppy disks. At the time, the innovative recording and reproducing piano allowed owners to create libraries of their own performances and then play them back or purchase disks of pre-recorded music…

Edisher Savitski won top honors at the 2006 Minnesota International Piano-e-Competition. Part of his winnings included the recital scheduled for Zankel Hall on December the 11th at 7:30pm. Additionally, Mr. Savitski won a Yamaha Disklavier Pro, and it is with this instrument (at the artist's home in Indiana) that he will connect, via the Internet, to an additional Disklavier placed on stage at Yamaha Artist Services, Inc. in Midtown Manhattan. The result will be that the audience will not only be able to hear and see Mr. Savitski as he speaks, but it will hear him play as if he were present at the Yamaha Piano Salon… 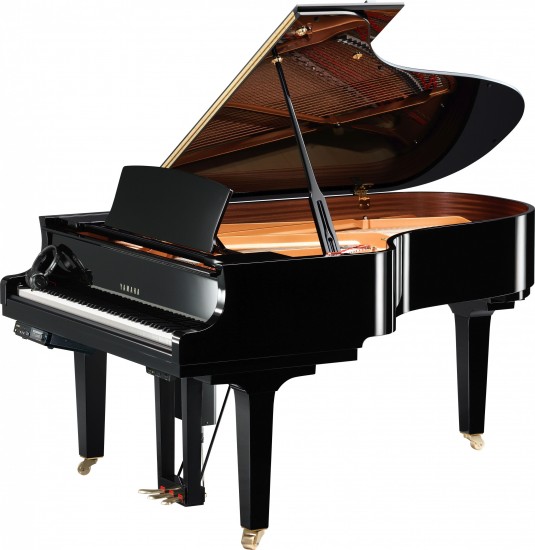 Yamaha displays its expanded Disklavier E3 and E3PRO Series performance reproducing digital/acoustic grand pianos at the 2013 NAMM Show. These models combine the unrivalled touch, tone, elegance and style of traditional Yamaha acoustic pianos with cutting edge digital piano features that enable the instruments to play themselves - with exact keystrokes and pedal movements - in accompaniment to performance content streamed over the Internet or stored in its internal memory. New features and price points provide a whole new world of musical experiences to consumers whether playing or listening to their favorite music…